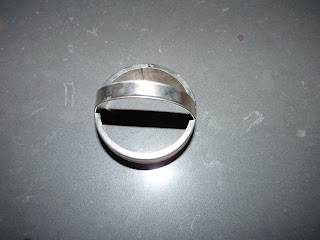 One of the pleasures of cooking is that one is free to tinker and to call the results whatever one likes. In British English, of course, a "biscuit" is what speakers of American English call a "cookie," whereas an American "biscuit" is a quick bread. Ever so slightly crusty on the outside, tender on the inside, biscuits on this side of the pond are surrounded by a certain mystique. They are notorious for being the quick bread that takes a minute to learn and a lifetime to master.

Diner #2 has loved American biscuits since he was old enough to eat them. Once, as a toddler, he tried to negotiate his way down a flight of stairs with a biscuit in one hand. CRASH! My sister-in-law heard him screaming bloody murder and rushed to help.

"BIS-CUIT!" he yelled, pointing to a pile of crumbs.

Such devotion from the Diners keeps me trying to improve. Biscuits are not the first thing I ever baked, but they are the first thing that I was required to bake as a seventh-grader in home-economics class, and as such serve as a benchmark. On days when my biscuits don't come out, I can think, well, they weren't nearly this good in 1982.

Home ec in our Midwestern town was serious business in those days. Girls, and only girls, took home ec; boys, and only boys, took shop. The pristine home-ec classroom, the size of all the science classrooms combined, had multiple cooking stations, each with an oven white as a prairie blizzard. The fluorescent lights glared at our every insecurity. We learned how to sit on the ground should it become necessary, never crossing our legs but tucking them gracefully to one side. The teacher wanted our seams sewn at exactly 5/8 of an inch, no more, no less. She also wanted our biscuits perfect.

"Let's see," she would say, and walk over to peer at a pan full of lumps. "Hmmm. Are you sure that you measured exactly?"

"Girls," she would say, turning to address the gathering crowd, "you must always measure exactly, otherwise your biscuits will not come out right."

I was later to learn that this, like so much else that one is told when one is growing up, was not true. An experienced cook can, of course, make biscuits, as well as a great many other things, without always measuring exactly. Now that I think about it, it was when I stopped measuring exactly that I started finding a sense of freedom and joy in the kitchen. However, even if my teacher had been of the same opinion, it would have been unwise of her to tell us so, not only because the words "freedom" and "joy" make any self-respecting Midwesterner think of sex, but also because our biscuits would have been inedible.

I was thrilled, immediately signed up, and in no time at all established for myself, the lone girl, a solid reputation as the worst student in the class. There was baffling talk of corporations, products, supply and demand. The wood shop was full of machinery even more terrifying than those spanking-clean stoves; I was so afraid of the blades that our kind and observant teacher wound up finishing my final project for me. Meanwhile, the grapevine had it that a friend of mine who had also Wished to Deviate was making delicious biscuits, behaving with courtly manners to his adoring classmates, sewing perfectly gorgeous seams, and generally knocking expectations out of the ballpark. He remains an inspiration to me to this day.

The beauty of biscuits is that they are made quickly, with common, inexpensive ingredients, and yet satisfy the need for daily bread. Having buttermilk around helps, though I've also made them successfully with what my grandmothers would have called "sweet" (i.e. regular cow's) milk. In my home-ec days, our biscuit recipe called for Crisco shortening. Today I prefer a mixture of Crisco and butter for flakiness and flavor respectively. A light kneading improves texture, and an oven at 415 degrees Fahrenheit is ideal, though if your oven doesn't allow for such precision, 400 will work too.

Biscuits are a good companion to soups, stews, or just about any breakfast. They are particularly tasty with eggs. Often I'll see the Diners exchanging a particular look on a weekend morning and I know that I am about to be asked, "Any chance of biscuits?" Having mastered, since my middle-school days, the principle of supply and demand, I know not to answer in the affirmative too often.

Sift together into a large mixing bowl:

Cut in with a pastry blender or your fingers:

until the mixture resembles fine bread crumbs. At this point, the mixture may be refrigerated overnight.

Heat oven to 415 degrees Fahrenheit. Make a well in the flour mixture and pour in:

Stir with a fork until just blended, adding more buttermilk if necessary.

Turn dough out onto a well-floured board and sprinkle generously with flour. Knead lightly three times. Sprinkle with flour again and roll out, then cut into rounds. Place on an ungreased cookie sheet and bake 10-12 minutes, or until barely golden at the edges. Serve immediately.